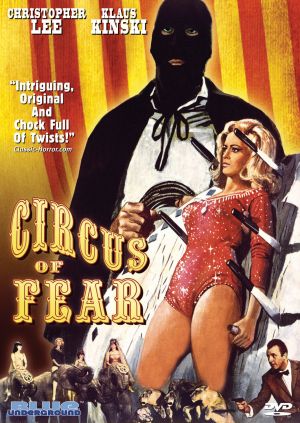 A group of professional criminals rob a bank truck on the London Bridge. During the heist, one of them shoots a guard who is trying to escape. This leads to complications that lead the police to a circus. The circus, which has more than its share of troubled personalities, is implicated as the police follow a trail from the robbers, and specifically, the shooter.

Circus of Fear contains examples of: