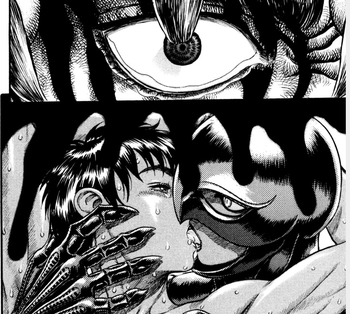 According to some folklore, the last thing a person sees before death remains stored in their eyes and can be recovered with the appropriate use of Applied Phlebotinum. This is technically known as Optography

. In fiction, often used to help catch their killer.

Subtrope of Interrogating the Dead.