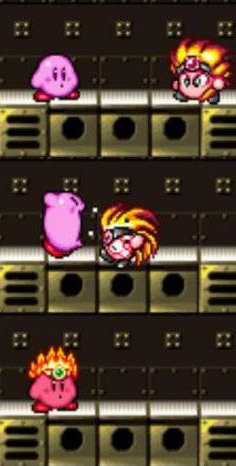 Sometimes, you really are what you eat.
"If you kill anyone, make sure to eat their heart, to gain their courage! Their rich, tasty courage..."
— Professor Farnsworth, Futurama
Advertisement:

The Cannibalism Superpower is the ability of a person, mutant, monster, demon, alien, Eldritch Abomination, etc. to absorb super powers from other characters by eating them. Sometimes this also allows the user to take the character's memories or physical appearance too. Obviously, this is a power more suited to super villains, since eating people implies killing them. Big Bad characters in particular may Devour the Dragon for this. In different cases, either eating someone whole is necessary, or eating just a few bites of them (or drinking their blood, or some other bodily articles like hair or tears) would suffice. Please note, however, that this trope is not limited to villains (though, admittedly, that would make for a pretty strange hero).

This is what happens when Brain Food mutates into something squickier. It's a mixture of All Your Powers Combined with I'm a Humanitarian (Of course, the victim doesn't have to be of the same species). Thinking of it another way, it's a more macabre version of Power Copying, a Meta Power.