Literature / This Is Not a Werewolf Story 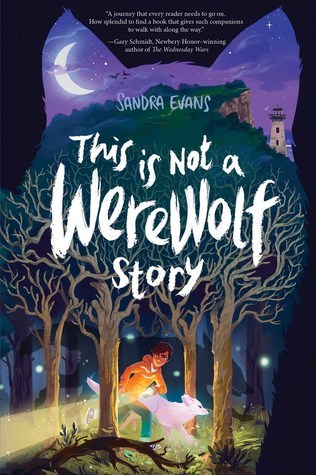 This Is Not a Werewolf Story is a middle-grade novel by Sandra Evans, a professor in Medieval French Literature. It is loosely based on Bisclavret and was written with input from Evans’ own son.

Raul, who suffered Parental Neglect from his depressed father, lives at a boarding school for kids who have personal problems. He makes a point of rarely talking and generally only associates with the younger kids. He does befriend the school’s newest student, Vincent, and has a crush on Mary Anne, one of the friendlier girls. He also likes most of the teachers, though the school coach, Tuffman, seems to hate him for unknown reasons.

On the weekend, everyone goes home to their families, except Raul. He finds family a different way: by using the magic of the nearby woods to turn into a wolf, where he meets White Wolf, whom he believes to be his Missing Mom trapped in animal form. And unfortunately, the two of them have competition from a cougar now prowling around the forest...

Evans has indicated that she is working on both a prequel and a sequel, though nothing has been officially announced.