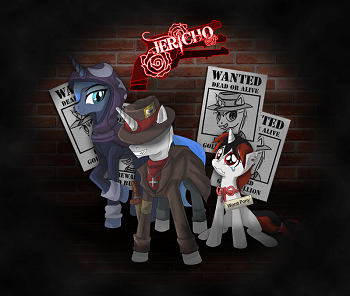 "Was there a way to just hold up a hoof and tell them I’d spent a lifetime learning how to use this sword to mercilessly end lives in the name of the good and just? Was there a way in the nine Hells to tell them that I was their death, plain and simple?"
Advertisement:

Not to be confused with the 2006 TV series, the 1966 TV series. the British series Jericho of Scotland Yard, or the video game Clive Barker's Jericho.