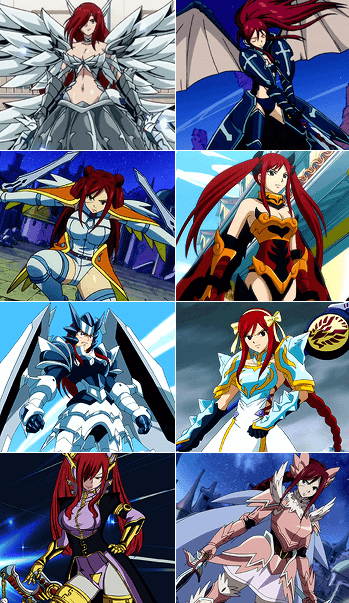 When ass-kicking needs a little variety.
Rainbow Dash: Rarity! Blast [the enemy]! Pretend it's last year's fashion or something!
Rarity: Eep! Leg warmers and stirrup pants?! Not in my Spring Line!
— My Little Pony: Friendship Is Magic (IDW) #1
Advertisement:

Some people like to look good, damn good, and they like to do it in as many different ways as possible while they kick ass. Take a character with those traits and you've got the Action Fashionista.

The Action Fashionistas are some type of badass partly characterized by the vastness of their wardrobe. While they may have a standardized costume or uniform, they almost never seem to wear it to its strictest definition. The vast majority of their screentime features them with different articles of clothing or major alterations of the same outfit. (For example, what was a blouse in one scene has become chainmail in a later scene, a mink coat in another, and a pink-and-white jacket in another.)

This trope is reserved for characters who prefer a varied and unique wardrobe. It is not for plot-related costume changes (such as an Evil Costume Switch, Frilly Upgrade, or Fanservice Pack). The character must also be an active badass or Adventurer.

May possibly be Ms. or Mr. Fanservice. Possibly used as a means to show off that they're a Cultured Badass. Male examples are also likely to be an Agent Peacock, or a Sharp-Dressed Man, while female versions usually overlap with Kicking Ass in All Her Finery and Royals Who Actually Do Something.

May necessitate Changing Clothes Is a Free Action or Clothing Combat.

A Sub-Trope of The Fashionista and (if female) Action Girl.