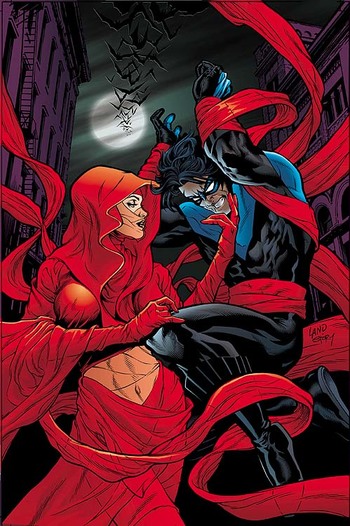 This is basically using clothes as Improvised Weapons, proving that some people don't carry weapons because they wear them.

A Sister Trope to Cloth Fu.

Compare Hidden Weapons and its subtropes for actual weapons hidden inside clothes.