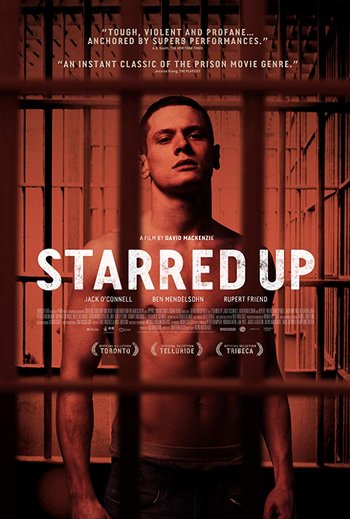 Eric (O'Connell) is young criminal that is "starred up", that is, transferred from a juvenile prison to a high security adult prison, based on his violent nature. There he meets his father, Neville (Mendelsohn), who is serving a life sentence at this prison, and Oliver (Friend), a volunteer prison therapist who convinces Eric to join his therapy group. The lives of Eric and Neville will be forever altered.