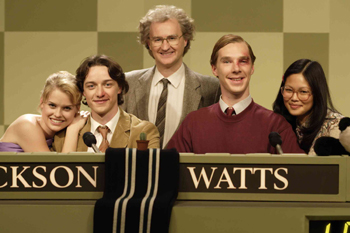 You may not confer.
Advertisement:

For as long as he can remember, working class Southender Brian Jackson has craved knowledge and dreamed of going to university- and ultimately, appearing on University Challenge. He finally achieves all of these things when, against everyone's expectations (including his own), he is accepted at The University of Bristol and makes the 1985 University Challenge team. With things going so well for Brian, what could go wrong?

The film is based on the novel of the same name by David Nicholls and was directed by Tom Vaughan.