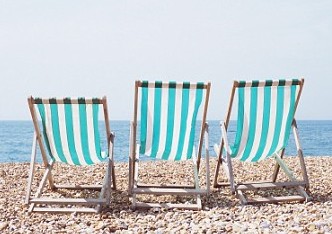 Britain, being an island, has a considerable amount of beach. There are a fair number of seaside resorts around the UK. They're not as popular as they once were (with more and more people going abroad for their holidays).

Other useful notes on the UK seaside: