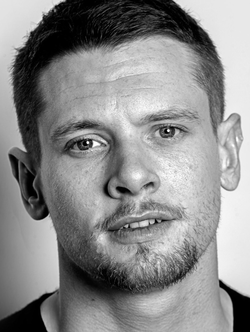 Jack O'Connell (born 1 August 1990 in Alvaston, England) is an English actor. He's perhaps best known for playing James Cook on Skins during its second generation, a role he returned to for the final series in 2013. He also starred in Angelina Jolie's directorial effort Unbroken. He is not the same person as the identically-named Magic Realist crime novelist.