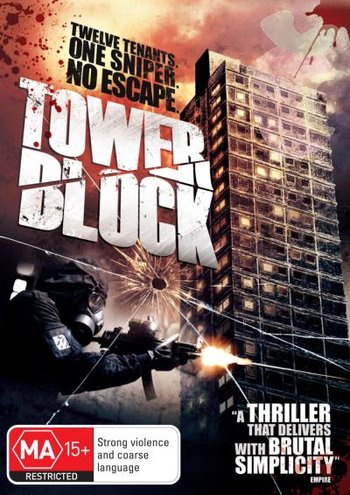 A 2012 low-budget suspense thriller set in a near-empty tower block on a London Council Estate.

Serenity House is due for demolition and the all the tenants have been moved out except the top floor. After 15 year old Jimmy is kicked to death by local drug dealers, the resident witnesses refuse to co-operate with the police for fear of retaliation. Some months later, somebody is out for revenge for their silence, as the witnesses are murdered one by one.