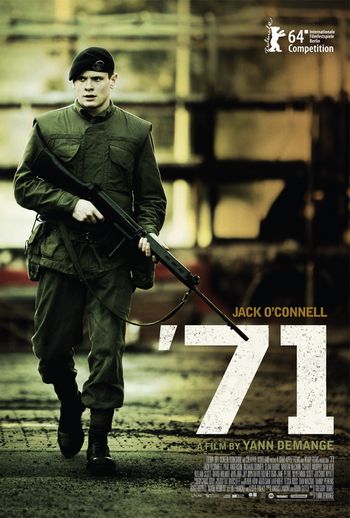 1971, during The Troubles. A platoon of British Army recruits is deployed to Belfast to assist the local police in maintaining security and combating the IRA. When a riot breaks out, Pvt. Gary Hook (Jack O'Connell) is separated from his unit. Pursued by IRA gunmen, he quickly gets lost on the streets of Belfast. As he attempts to get back to his barracks, he becomes embroiled in the conflict between Nationalist and Unionist paramilitaries. He soon discovers that the difference between friend and foe is not as simple as the difference between Catholics and Protestants.