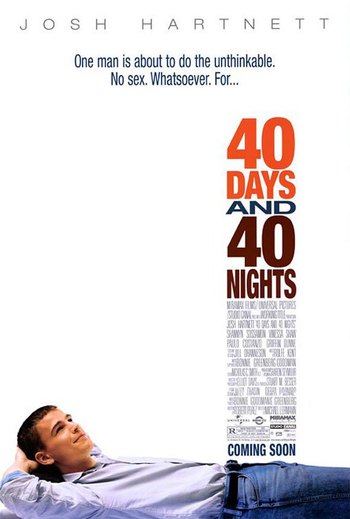 Matt Sullivan (Hartnett), after a bad breakup and finding out his ex-girlfriend Nicole (Shaw) is now engaged to another man, decides to give something up for Lent: Namely, any form of sex, including keeping himself company. When his friend/roommate Ryan (Costanzo) and their co-workers find out, they make a Side Bet that he won't make it, which eventually goes viral with people online betting as to what day and manner in which he'll break the vow. Things go a bit awry when he meets Erica (Sossamon), the girl of his dreams, soon after.