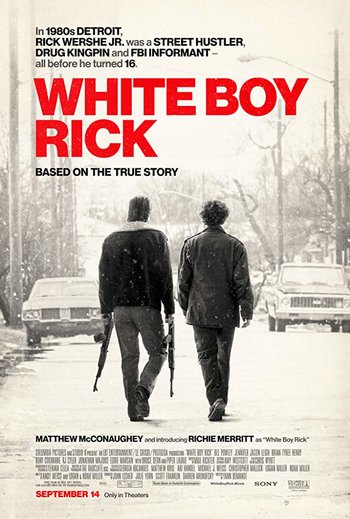 White Boy Rick is a 2018 American biographical crime drama film directed by Yann Demange. It is Based on a True Story, starring Richie Merritt as Richard Wershe Jr., who in the 1980s became the youngest FBI informant ever at the age of 14 after he becomes acquainted with the son of a local gangster. The film also stars Matthew McConaughey, Jennifer Jason Leigh, Brian Tyree Henry, Jonathan Majors, Rory Cochrane, Eddie Marsan, Bruce Dern and Piper Laurie.