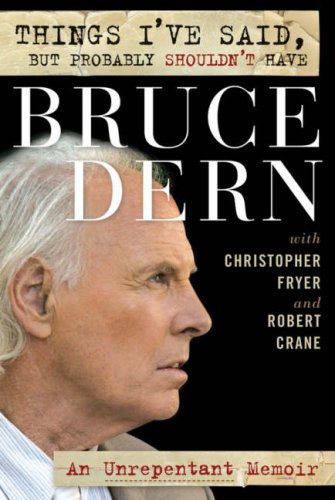 The cover of Dern's 2007 autobiography.
"There's no time in life to do all the roles I'd like to play."
Advertisement:

Bruce MacLeish Dern (born June 4, 1936 in Chicago, Illinois) is an American actor who is probably best known for playing characters who are psychopaths or Schmuck Bait.

Laura Dern is his daughter, whom he had with his second wife Diane Ladd.