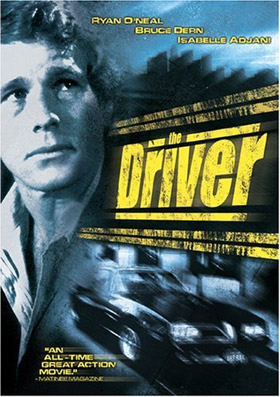 "You play against me, pal, you're gonna lose. You win, you make some money. I win, you're gonna do fifteen years. How 'bout it, driver?"
— The Detective
Advertisement:

The Driver is a 1978 crime/car chase film directed by Walter Hill and starring Ryan O'Neal, Bruce Dern, and Isabelle Adjani. The film is also notable for its impressive car chases, its no-frills style of filmmaking, and its rarely speaking, unnamed titular character.

The 2011 movie Drive (2011) and its blond, taciturn protagonist were heavily inspired by this movie, as was the PlayStation classic Driver, whose notoriously hard tutorial mission was based on a scene here.

The main character is the Trope Maker of the trope The Driver.