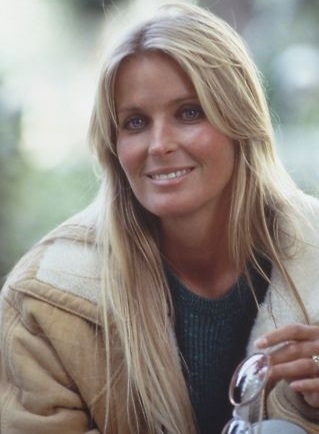 Bo Derek (born Mary Cathleen Collins; November 20, 1956 in Long Beach, California) is an American film and television actress and model perhaps best known for her breakthrough role in the 1979 film Ten. The film also launched a bestselling poster for Derek in a swimsuit, and subsequently she became one of the most popular sex symbols of The '80s. She was subsequently directed by her husband John Derek in films like Tarzan, the Ape Man (1981), Bolero (1984) and Ghosts Can't Do It (1989).

Films of her with pages on TV Tropes: