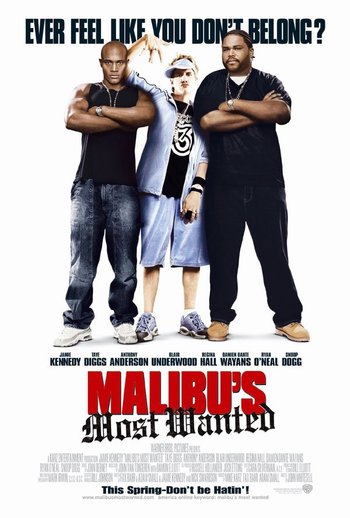 A 2003 comedy directed by John Whitesell, co-written by and starring Jamie Kennedy.

Bill Gluckman (Ryan O'Neal) is running for governor of California. He seems a shoo-in, but there is one issue: his son Bradley, or as he prefers to be called, B-Rad G (Kennedy). A white hip-hop gangsta wannabe, B-Rad threatens to derail the campaign. So on the advice of his aides, Gluckman hires actors Sean (Taye Diggs) and PJ (Anthony Anderson) to impersonate thugs and scare the black out of his son. Hilarity Ensues.