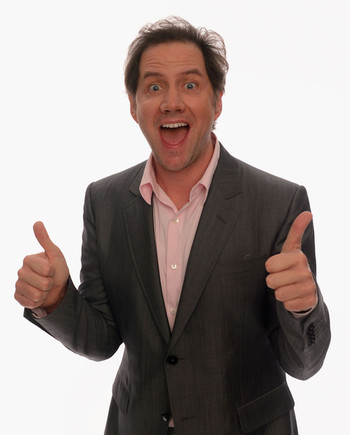 James Harvey "Jamie" Kennedy (born May 25, 1970 in Upper Darby, Pennsylvania) is an American stand-up comedian, television producer, screenwriter, and actor best known for playing Randy Meeks in the Scream franchise, B-Rad Gluckman in Malibu's Most Wanted, Tim Avery in Son of the Mask, and a whole bunch of people in The Jamie Kennedy Experiment.

This Actor Contains Examples Of: