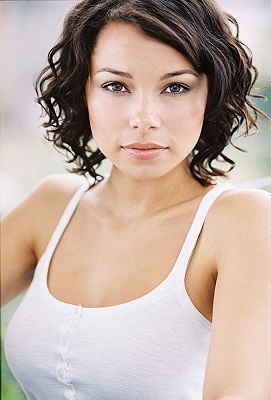 Jessica Parker Kennedy (born on October 3, 1984 in Calgary, Alberta) is a Canadian actress. She moved to the US for her acting career, and began with small roles in a few films and TV shows. The roles Kennedy gained in Smallville and The Secret Circle, which helped her be recognized. She is best known for Black Sails and The Flash.

Being mixed race (born to a White mother and Black father), Kennedy has spoken about gaining more roles for people of color, and being touched by women with the same background giving her thanks for bringing them all more representation.

She's in a relationship with actor Ronen Rubinstein, and according to him was very supportive of his coming out as being bisexual.

Tropes associated with her work includes: