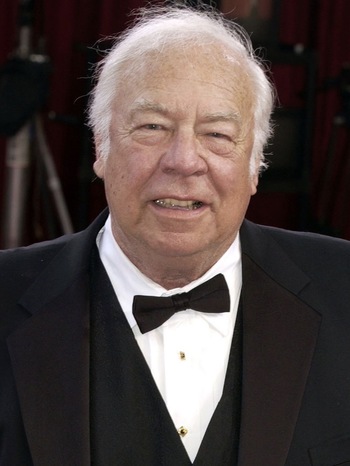 "When you think of a movie, most people imagine a two-hour finished, polished product. But to get to that two-hour product, it can take hundreds or thousands of people many months of full time work."
Advertisement:

Among his best-remembered roles are Dragline in Cool Hand Luke (which earned him the Academy Award for Best Supporting Actor), Joe Patroni in the Airport series, and Captain Ed Hocken in the Naked Gun movies.

TV roles on this wiki: