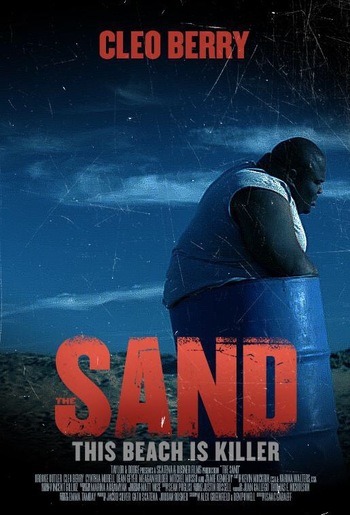 The Sand (aka Blood Sand) is a 2015 horror movie. A group of college friends on spring break have a wild beach party, during which a strange egg-like object is dredged up out of the surf. The next morning, eight of them wake up to discover that everyone else camping out on the beach has disappeared, and there's something under the sand that is coming after them next...