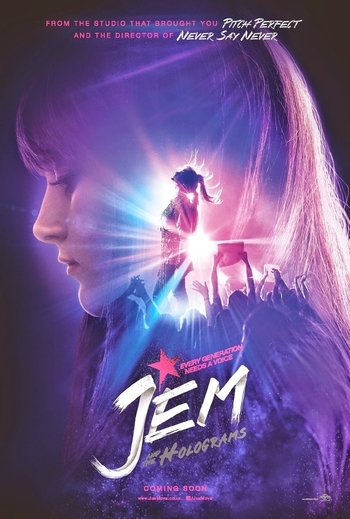 Jem and the Holograms is a 2015 film that is truly, truly, truly loosely based on the '80s cartoon of the same name and the very first film by Hasbro's "Allspark Pictures" studio.

The film centers on Jerrica Benton, who gets popular when her sister Kimber uploads a video of her singing to YouTube. This leads to Jerrica and her sisters getting a recording contract. Also, there's a little robot named Synergy, whose parts are scattered all over the place.

Jem and the Holograms provides examples of:

Alternative Title(s): Jem And The Holograms