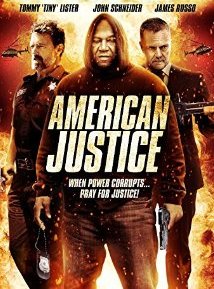 "When absolute power corrupts... Get Justice!"

After a hostage situation goes horribly wrong, Officer Jack Justice is suspended and goes on a vacation to Mexico. He witnesses a murder by some corrupt cops. When he tells the sheriff, he is framed for the crime. He breaks out, and proceeds to trash the town to settle the score.