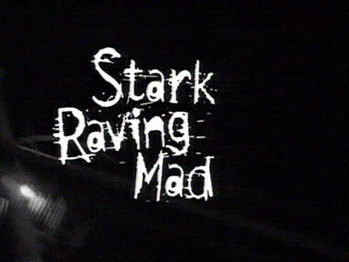 Tony Shalhoub is Ian Stark, a misanthropic horror writer with a penchant for practical jokes. Henry McNeeley, played by Neil Patrick Harris, is obsessive compulsive, afraid of everything, insistent on working when there is work to be done, and Ian's new editor. Their starkly different approaches to work and life clash as they work together, which apparently involves a lot more hanging out than actual writing or editing.

They are joined in their hijinks by Ian's typist, Jake Donovan, who's not too bright after years of recreational marijuana use; Maddie Keller, a bartender and college student who somehow has difficulty attracting men; and Henry's girlfriend, Tess Farraday, who is every bit who you would expect to be with an obsessive compulsive, phobia-ridden, super-serious book editor.

The show, an NBC Sitcom, ran for a single season, 1999-2000. Despite being both clever and funny, it suffered from clashing styles with Frasier, which followed it in the next time slot, leading to its time-slot bouncing and subsequent cancellation.