Film / Farce of the Penguins 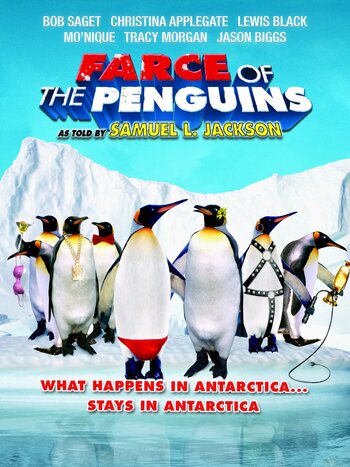 Farce of the Penguins is a 2007 Comedy. The film was released direct-to-video, and centers around two male penguins, Carl and his best friend Jimmy (voiced by Bob Saget and Lewis Black) as they make the journey to find mates for the breeding season. The film is narrated by Samuel L. Jackson and features the voices of several other celebrities including Christina Applegate, Mo'Nique, Tracy Morgan, James Belushi, Jason Biggs, Whoopi Goldberg, Norm Macdonald, David Koechner, Brie Larson and Gilbert Gottfried.