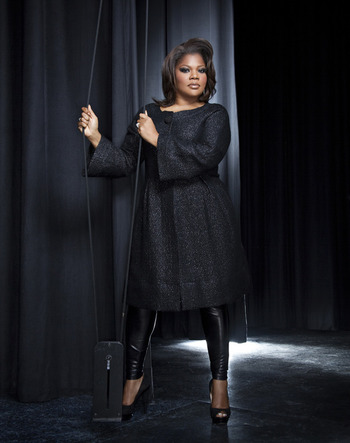 Monique Angela Hicks (born December 11, 1967), known professionally as Mo'Nique, is an American comedian and actress. Mo'Nique started her career in stand-up comedy, which led an appearance in The Original Queens Of Comedy. From there, she landed a starring role in Moesha spin-off The Parkers alongside Countess Vaughn. The Parkers led to more opportunities for film and television, and in 2009 she landed what would be her breakout role in Precious as Precious's abusive mother. Her performance led to her winning the Academy Award for Best Supporting Actress.