Film / Far and Away 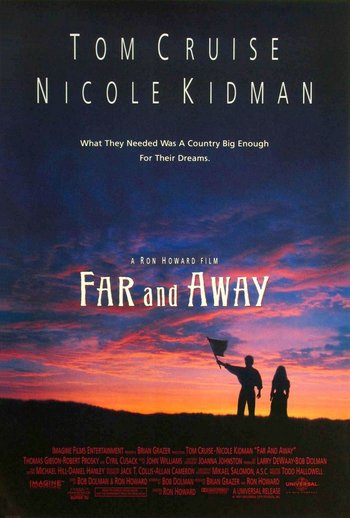 Far and Away is a 1992 drama film, directed by Ron Howard and starring then-married couple Tom Cruise and Nicole Kidman, along with Thomas Gibson and Colm Meaney.

Set in the 1890s, Irish farm boy Joseph Donnelly (Cruise) and his landlord's daughter Shannon Christie (Kidman) form an unlikely pair as they leave together for Boston in search of their fortunes. In spite of their divergent goals, class differences and Belligerent Sexual Tension, the spirited-but-spoiled Shannon and bold-but-stubborn Joseph must ultimately stick together to survive and achieve the American dream.

Far and Away provides examples of: