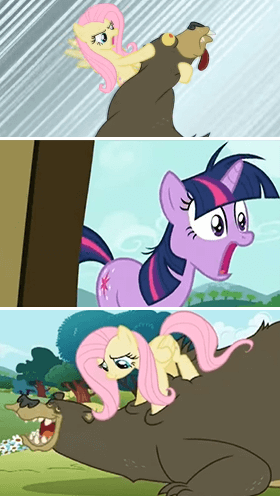 "You really should've come to me sooner. You were carrying so much tension in that shoulder!"
"How dare you! Murdered my wife and buried her in the garden? I have never been so insulted in my life! You know how much I've spent on that garden! You think I'm going to dig a hole in it?"
— Boycie, Only Fools and Horses, "Sleepless in Peckham...!"
Advertisement:

In addition, a coincidental series of completely innocent accidents and happenings occur that seem to support that fear, often witnessed through a window in a direct homage/parody of the Hitchcock classic Rear Window.

Often the result of Better Manhandle the Murder Weapon. If the police think that the character is guilty but their friends stand by them, then it's Clear My Name. See also Guilt by Coincidence. Expect a Mistaken Confession if it's a comedy. If the misunderstanding was deliberately engineered, it's a Frame-Up. Not to be confused with Mistaken for Own Murderer, in which a person who is disguised or shapeshifted is accused of killing their normal selves.