Film / What Lies Beneath 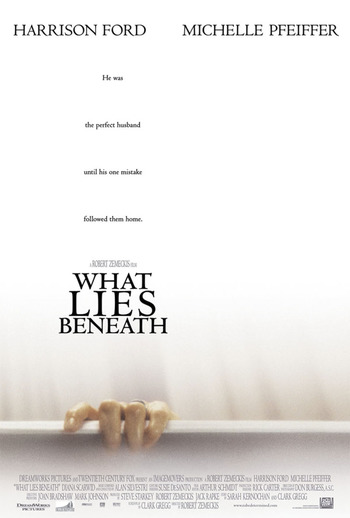 What Lies Beneath is a 2000 American supernatural horror-thriller film directed by Robert Zemeckis. It stars Harrison Ford and Michelle Pfeiffer as Norman and Claire Spencer, a couple with a seemingly perfect marriage who experience a strange and terrifying haunting that uncovers secrets about their past and seems to threaten their lives.

Zemeckis made the film during a hiatus for Cast Away, waiting for Tom Hanks to lose enough weight to play a man stranded on an island for four years.

WARNING: This movie relies heavily on plot twists, so be prepared for unmarked spoilers ahead.