Film / Where the Heart Is 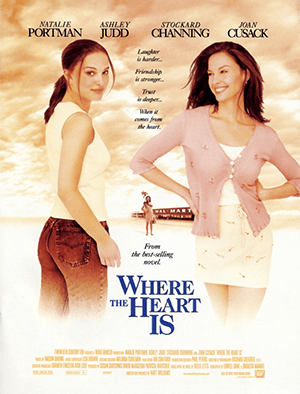 Where the Heart Is is a drama-comedy released in 2000, based on a novel by Billie Letts. The story is about a pregnant young girl named Novalee Nation (Natalie Portman), who is abandoned in the parking lot of a Walmart by her boyfriend. She eventually is taken in by a nearby family, gives birth to a daughter she names Americus, and falls in love with the town librarian.

No relation to the 1990 John Boorman film.