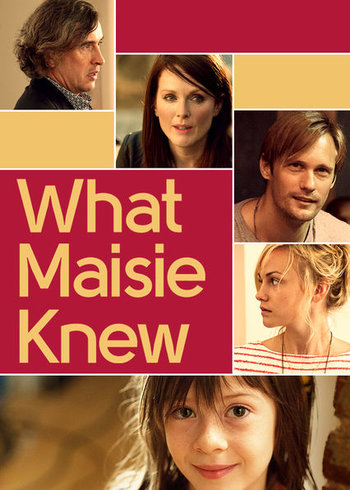 Hold on with all your heart.
What Maisie Knew is a 2012 film directed by Scott McGehee and David Siegal and stars Onata Aprile as the titular character. The film also features Julianne Moore, Alexander Skarsgård, Joanna Vanderham and Steve Coogan. The film is based on the 1897 book of the same name by Henry James, albeit with a modern update.

Like it's source material, the film centres on a primary school girl named Maisie, who does not have a good personal life as her parents are constantly arguing against and spiting each other and have a general tendency to use her as leverage. What ensues is Maisie being largely ignored by her biological parents as she instead develops a bond with the family nanny, Margo and her mother's new boyfriend, Lincoln.