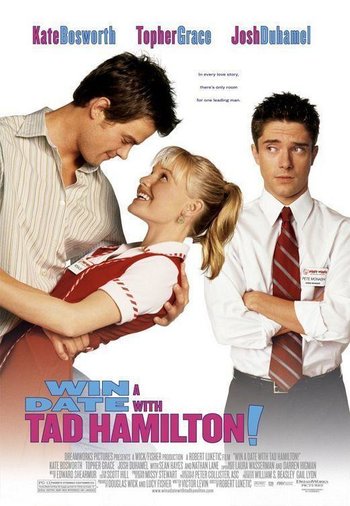 Rosalee Futch (Bosworth) works in a grocery store in West Virginia, and dreams of someday meeting her movie idol, Tad Hamilton (Duhamel). The occasion comes when she wins a contest whose big prize is a date with Tad, to the chagrin of her friend and co-worker Pete Monash (Grace), who is secretly in love with Rosalee. The contest is in reality a trick designed behind Tad's back to clean up his image, which has been damaged by his hedonistic lifestyle, but the idea ends up backfiring, and the dream come true of Rosalee becomes a nightmare for Tad's PR people and, above all, for Pete.