Film / With Six You Get Eggroll 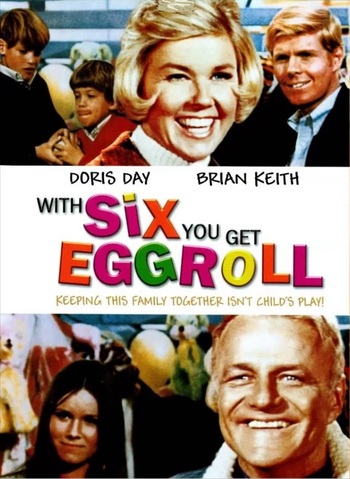 With Six You Get Eggroll is a 1968 American romantic comedy film directed by Howard Morris, starring Doris Day and Brian Keith.

Abby McClure (Day) is a widow with three sons who meets widower Jake Iverson (Keith). A romance soon develops and they elope, much to the chagrin of Jake's teenage daughter, Stacey; and Abby's three sons, Flip, Mitch and Jason. The children make certain that neither Jake nor Abby can be comfortable at the other's home.