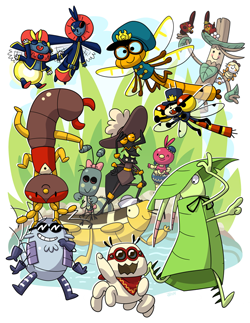 is a slice-of-life comic by Jasmine Coté (AKA Momogirl on DeviantArt). Started in September 2013, the comic follows the day to day adventures of a group of insects living in a pond.

The comic mostly follows a gag-a-day format, but has recently delved into story arcs.