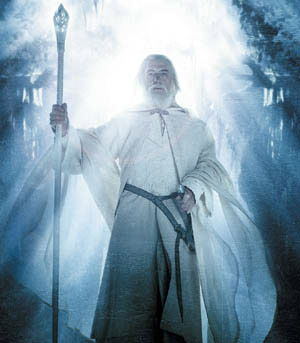 A character is lit from behind by a blinding light, usually making the figure indistinct. It makes for a dramatic appearance, and seems like something Jesus would do. Remember, Power Glows. This is what a Holy Halo is supposed to represent.