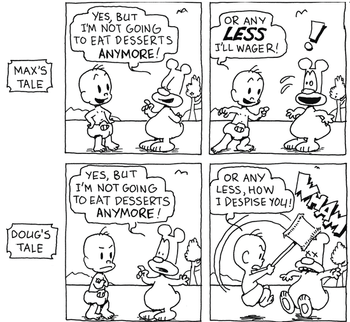 Marge: Come on, Homer. Japan will be fun! You liked Rashomon.
Homer: That's not how I remember it!
— The Simpsons, "Thirty Minutes over Tokyo"
Advertisement: