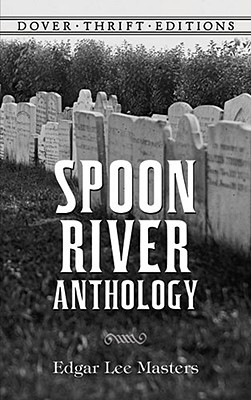 Spoon River Anthology is a book of mostly short poems by Edgar Lee Masters, first serialized in 1914 and then collected in volume form in 1915. A lesser-known sequel, The New Spoon River, appeared in 1924. The sequence takes the form of epitaphs of people who lived in an Illinois community. It's available

on Project Gutenberg, and can also be read online here