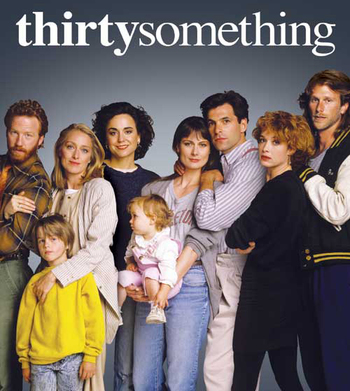 thirtysomething is a television drama series created by Edward Zwick and Marshall Herskovitz that aired for four seasons (1987–91) on ABC. It details the lives of seven friends in their 30s — former Sixties counterculture types turned yuppies — living in suburban Philadelphia.

Not to be confused with the Hugh Laurie Britcom Fortysomething.