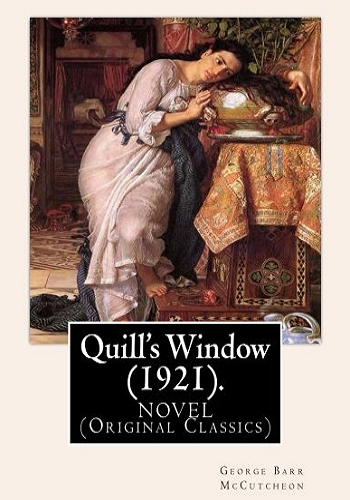 The setting is in the rural Indiana community of Windomville shortly after World War I. It concerns the arrival of Courtney Thane, a Royal Air Force veteran of that war and volunteer in the American Field Service. He has come to the community, from where his father came originally, to recuperate from injuries suffered from a chemical attack late in the war. It goes on to chronicle his actions and influences with the other members of the community, most notably Alix Crown, the sole descendant of David Windom, the trailblazer who first founded the town.

The book is notable primarily for its unusual narrative style. The narrator is omniscient, but only gives out information based on what is relevant to nearby characters at that specific point in the narrative. This is done most commonly with transcriptions of letters, all but one of which are repeated word-for-word for the benefit of the reader. One early passage, for example, has Thane pondering what's in a letter that's clearly making Alix upset. The narrator obligingly gives us the full text of the letter- however, it seems to say exactly what the letter had already been implied to say, so that even if Thane had seen it it would have offered him no useful information. Such events are common throughout the novel, where the same events and attitudes must be interpreted through several characters' knowledge and backstory before the full relevance can be understood. Due to the conspicuous absence of the Idiot Ball, however, nothing comes out of nowhere. The book's overall writing can best be described as a mixture between normal Foreshadowing and the clues given in a mystery novel.