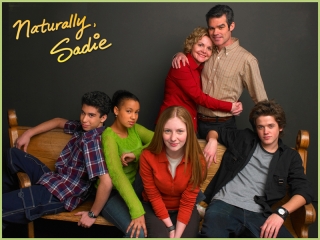 Naturally, Sadie is a Family Channel tween comedy, with Sadie Hawthorne (Charlotte Arnold), a friendly zoologist and cool nerd/Granola Girl, as the main character with her two friends Margaret and Rain join her. It was rather short-lived and a borrowed a few tropes from fellow Canadian Series, like Life with Derek. The series lasted from June 2005 to August 2007 and aired on Disney Channel in the United States