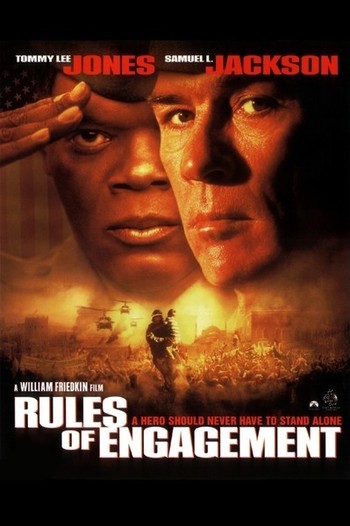 Rules of Engagement is a 2000 military legal thriller directed by William Friedkin, starring Samuel L. Jackson as USMC Colonel Terry Childers, a Marine Officer charged with ordering the massacre of civilians protesting outside an embassy, and Tommy Lee Jones as USMC Colonel Hayes Hodges, a JAG lawyer and old friend of Childers, who is defending him against the charges.