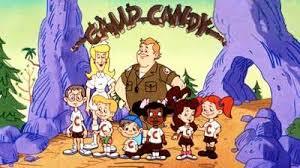 Camp Candy is a 1989-1992 cartoon starring John Candy as himself. He runs a summer camp and has to constantly protect it from the evil developer Rex DeForest.