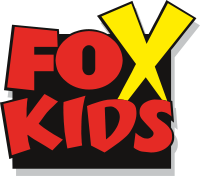 Fox Kids was a Saturday morning and weekday afternoon (and weekday morning for a while) programming block that aired from 1990 to 2002 on Fox. Besides it's own in-house productions, it also aired shows produced by Saban Entertainment and/or Marvel Productions, as well as those made by DiC Entertainment, Warner Bros. Animation, Universal Cartoon Studios, and Gaumont Multimedia/Xilam. It often aired on Fox owned-and-operated stations, though it also aired on those owned by UPN, The WB, and independent stations.

It started as a result of a dispute between Disney and Fox founder Barry Diller over carriage of The Disney Afternoon, which was set to air on Disney's newly-purchased station, KCAL-9 in Los Angeles (now owned by CBS), rather than Fox station KTTV-11, which had aired DuckTales (1987) and Chip 'n Dale Rescue Rangers by that point. Long story short, Diller rallied against Disney and the four-year-old network started their own kids' division. Much like its prime-time counterpart, Fox Kidsnote which didn't start using that specific name (at least vocally) until the 1993-1994 season, and even then, they continued to use the "Fox Kids Network" name on-screen until 1996 when Fox Children's Productions (the block's in-house production division) merged with Saban Entertainment; the "Network" bit was still part of the logo until 1998. had a different scheduling pattern than the Big 3; it aired three hours on Saturdays, and a half-hour on weekdays, something none of the Big 3 have done since 1982, when CBS booted Captain Kangaroo from weekdays in favor of national news. Eventually, as its ratings grew, it was expanded to four hours on Saturdays and three hours on weekdays; it also gained a fan club and magazine (which could be customized for each individual station). However, as the years wore on, possibly thanks to the Moral Guardians pouncing on Power Rangers, the censorship they'd subject their series to got increasingly ridiculous- Woody Woodpecker couldn't peck people on the head, and the stuff they imposed on the staff of Spider-Man: The Animated Series is legendary.

One of the things that set the block apart from its contemporaries, especially in the early years, were its advertising bumpers. While creative and fun commercial bumpers weren't anything new, Fox Kids' bumpers took it to a new level in creativity that you didn't see in broadcast TV at the time (Nickelodeon and Disney Channel had creative bumpers, but these were cable channels; Disney was premium like HBO at the time, and so had the extra budget, while Fox was still a low-budget underdog in the broadcast world), and could almost be considered cartoon shorts themselves. This is especially true in the 1993-97 seasons, when the block was arguably at its peak, when the bumpers would feature a myriad of different characters including:

The block also went the extra mile with its after-show advertising as well. Again, audio commercials played during a show's credits was nothing new, but while most networks had a generic announcer talking about some other show on the network, Fox Kids credits commercials were A) dedicated to other Fox Kids shows exclusively, instead of advertising sports or prime time programming, and B) were voiced by characters from the show themselves. This helped the actual kids get energized about upcoming programming, and was so successful that other networks, even cable exclusive ones like Disney Channel and Cartoon Network, would ape the practice before credits sidebars became the norm.

Another way the network would engage with kids was through the Fox Kids Club. At a national level, this was basically a newsletter/magazine that kids could subscribe to that would have news, games and trivia about current and upcoming Fox Kids shows. What was unique about it was every Fox affiliate had its own version of the Club, with their own unique host and special events. As an example, WBFF-45, the Fox station in Baltimore, had the Fox 45 Clubhouse, hosted by Kenny Curtis, who adopted a sort of surfer dude persona. Different affiliates would have different supplements to the Club newsletter. These could include birthday clubs, special Fox Kids-centered activities at local fairs and events, or library reading competitions.

Starting with the launch of Fox Kids on STAR TV in Asia-Pacific and Australia on Foxtel in 1995, Fox Kids started to expand internationally as their own cable channels. By the end of its American life, Fox Kids channels could be seen in Latin America, Europe and Asia-Pacific, which aired content from the Saban and Marvel libraries not shown on the U.S. block.

They also aired a mini-block called The Fox Cubhouse, which was aimed at preschoolers. This would last from 1994 to 1996.

The death of Fox Kids has its roots in two separate moves in 1994 and 1996. First, Fox's deal with New World Communications (founded by Roger Corman in the 1970s, it owned Marvel and Genesis Entertainment and got purchased by Ronald Perelman) to affiliate with several VHF stations in major football cities led to Fox Kids being separated from its parent network in many markets, as most of the new Fox affiliates didn't want anything to do with the block. This relegated Fox Kids to one of two options in the affected markets: be carried by a station taking up a rival network affiliation, or move to a low-rated independent. note One of the few exceptions was in St. Louis, where they tried to move the block to a religious station, KNLC-24; unfortunately, the station angered Fox by having their reverend owner replace ad breaks with his own views on controversial topics that kids shouldn't have been seeing or getting involved in; not only that, but the station's reception sucked, even on cable and they couldn't handle the flood of stuff related to one of the country's largest Fox Kids Clubs (possibly second only to Cleveland's, which also had to move to another station, WBNX-55, Cleveland's WB station), so after a few months it went to the new Fox station in, KTVI-2, a former ABC station. The other exceptions were the former SF Broadcasting stations in Honolulu, New Orleans, Mobile and Green Bay, all of whom picked it up without any complaints and ran the block until its' demise, including the weekday portion.) The second move came in 1996 when Saban Entertainment bought a stake in the networknote and its previously mentioned production division Fox Children's Productions. This meant that the company was now a joint venture called "Fox Kids Worldwide" (to account for the international FK networks). The next year, they bought a network called The Family Channelnote which began in the late 1970s as the CBN Satellite Service. They renamed the network to the Fox Family Channel (with the company itself being renamed "Fox Family Worldwide"), and it became a hub for Fox Kids/Saban programming, as well as programming from Teletoon and YTV. Unfortunately, the network struggled in the ratings, thanks to infighting between Fox and Saban over who ran the channel, no clear strategy, mediocre reaction to their new programming, and an ill-fated attempt to create "Boyz" and "Girlz" networks on digital cable. But the issues really came to a head in 1999 when rival Kids' WB! picked up the broadcasting rights to Pokémon: The Series, whose surging popularity reached epitomic levels once the show made the move and helped Kids' WB! overtake Fox Kids that year. Fox Kids attempted to counter the show's popularity by picking up Digimon, starting with Digimon Adventure. While that show got its fans, it was nowhere near close to being competitive with Pokémon; FK's attempts to double-team it with Monster Rancher, and then spamming both in the schedule, to the detriment of everything else they were showing, just made things worse. By 2001, Fox Kids had only 9% of the age 2-11 TV demographic

, a massive drop from its peak of 21% in 1997 (before Disney revamped ABC's Saturday morning block and before Kids' WB! started to rise). With the combined double whammy of the increasing audience share of cable networks Cartoon Network and Nickelodeon, and Fox Family ratings continuing to crater, Saban and Fox needed to sell in order to avoid further money drainage; Rupert Murdoch was further motivated to sell by needing funds to purchase part of DirecTV. Saban's production houses and the in-house Fox Kids library (which included most of the Marvel Productions and DePatie-Freleng catalog, not including co-productions with Warner Bros., Sunbow Entertainment/Hasbro, and United Artists) were bundled with the channel in the sale. Long story short, Disney won the bid for Fox Family (now known as Freeform) in late 2001, effectively giving them the last laugh after the aforementioned dispute 11 years ago, and Fox put the time space up for bidding. The winner? 4Kids Entertainment.

The operations of Fox Kids were moved to Fox's in-house studios in LA until the fall of 2002, when 4Kids took over and named their block Fox Box, and later 4Kids TV. While this was a blow to children who grew up with the block, Fox Kids and Saban Entertainment had the last laugh and seemed to want to go out with a swan song, because before all was said and done, they seemingly threw the standards-and-practices rulebook out the window and indeed went out with a bang, allowing shows depicting material that would probably be considered too suggestive, disturbing, or frightening for its demographic. Digimon Tamers was one show that is fondly remembered by Fox Kids viewers, for allowing material that dealt with death, PTSD, loss of identity, philosophy, violence, metaphysics, and mature radar-skirting concepts of love, openness, and connection. Power Rangers Time Force also pushed the envelope on what could be shown on children's programming, and was the final Power Rangers series solely produced by Saban Entertainment before the transfer to Disney. The Fox Box block, however, came to an end at the end of 2008 due to issues with Fox (they'd already gotten their hands on Kids' WB!'s time space on The CW by that time), and now the latter half of the space airs infomercials, while the earlier half was given back to the affiliates, allowing them to run the required E/I programs; Fox later partnered with Steve Rotfeld Productions to show the Xploration Station block on several Fox stations, including several that refused to show any other blocks, such as former New World stations owned by Fox and Tribune.

Meanwhile, Disney moved the "Kids" moniker over to ABC, replacing their previous One Saturday Morning block, and shared new Power Rangers episodes until the creation of the Jetix block on ABC Family and Toon Disney, at which point Jetix took over premieres until Power Rangers RPM, which aired exclusively on ABC Kids, as did a re-versioning of the first season until Saban Brands bought back the rights. All of the international Fox Kids channels (except the Australian one which was retained by Fox, but later shut down anyway) became Jetix, and most later became Disney XD, though a few Eastern European countries got their own version of Disney Channel instead.

Fox Kids is widely held in high regard by people raised in The '90s. A side effect of this includes substantial misblame directed towards both Disney and 4Kids for supposedly destroying the block, even though the reality (as explained above) was more complex than that.

Since Disney's purge of the Fox Kids name off its channels, Fox itself started an In Name Only Fox Kids block in Finland. That block was shut down in January 2019, several months before Disney ended up buying Fox's entertainment and international assets and effectively, in a way, bringing Fox Kids back under its former corporate roof (though the Fox network, US non-regional sports properties and news properties stayed with Rupert Murdoch, while Power Rangers has since been sold by Saban to Hasbro). Only the Marvel shows aired on Fox Kids are available on the Disney+ streaming service since 2019, though The Tick resurfaced on Hulu in 2021.