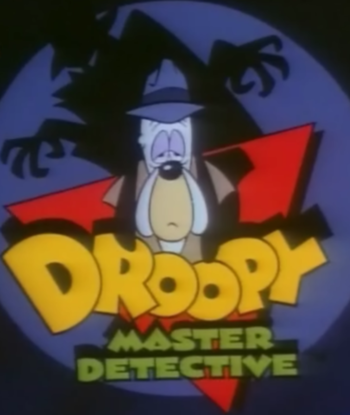 Droopy, Master Detective was a spinoff of the Droopy and Dripple shorts from Tom & Jerry Kids.

It aired from October to December 1993 on Fox Kids, and lasted for 13 episodes, with Three Shorts to each episode. The show heavily parodies detective films, with Droopy and Dripple as the main characters. It also brought back Screwy Squirrel, now called "Screwball Squirrel," in his own shorts in between. Along with containing shorts that featured characters from Tom and Jerry Kids, some shorts also introduced original characters that have not been featured in previous works.