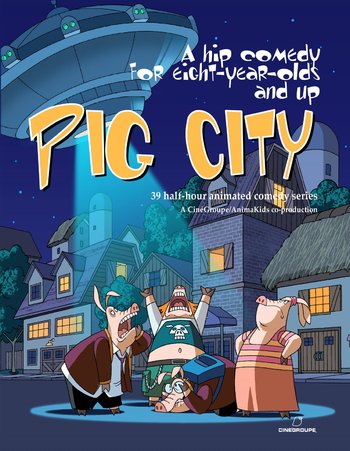 Mikey Hoggins is a country pig whose parents thought he'd benefit more from a city education. So, they decided to send him to live with his rich cousins in the city, the DeBoars. Now Mikey spends his days with his cousins, Martha and Reggie, going to school, helping them deal with their problems, and fawning over the local richest girl in school.

The series aired on Teletoon in Canada, ProSieben in Germany, and Fox Kids internationally (it never aired in the US, likely because of the death of the Fox Kids block after the assets were sold to Disney; you can, however, watch the show on YouTube). It ran from April 16th, 2002, to January 10th, 2004 with 39 episodes over 3 seasons.