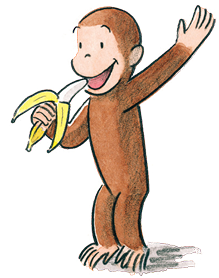 This trope is about animal species that are supposed to have tails, but are drawn without them for some reason.

Type 1: Supposed to be Tailless: The character is supposed to be drawn without a tail, despite the fact that his or her species is supposed to have a tail. In some cases, the character originally had a tail, but is nowadays tailless. In other cases, the character is always tailless. Yet in other cases, some cartoons or some scenes within cartoons show the otherwise tailless character with a tail. Sometimes, they alternate between being tailless and having a tail within a cartoon. Sometimes, animal characters that don't have tails in their original work are portrayed with them in some adaptations. Some characters that are supposed to be tailless themselves in the Canon are often or usually drawn with a tail in fanart.

Type 2: Supposed to Have a Tail: The character is supposed to be drawn with a tail, but in some cartoons or episodes or in some scenes within cartoons or episodes, is drawn tailless. Sometimes, an otherwise tailed character is drawn tailless out of animation error or out of budget. Sometimes, they alternate between being tailless and having a tail within a cartoon. Sometimes animal characters that have tails in their original work are portrayed without them in some adaptations.

Type 3: Either/Or: The character could either be tailless or have a tail, depending on the work, film, series or artist.

Inversions and Parodies: The character belongs to a species of animal that is not supposed to have a tail, but is drawn with one anyway.

Justifications: The character has a docked tail or was born without a tail.