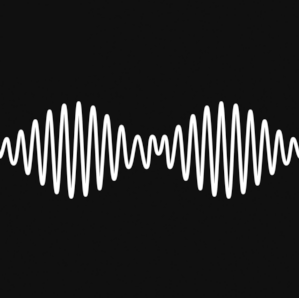 Do I wanna know? If this feeling flows both ways...
Advertisement:

AM is the fifth studio album by Arctic Monkeys, released in 2013. It was a breakthrough hit and it allowed the Monkeys to penetrate the US market thanks to the hit singles “Do I Wanna Know?”, “Why'd You Only Call Me When You're High?”, and “Snap Out of It”. Exploring themes of sexuality and relationships, the album represents one of the band's more accessible records. Critics have noted that it was able to reconcile the band's signature Indie Rock sound with conventional material, and it is considered a comeback album of sorts after the band's experimental records Humbug and Suck It and See.

Drawing from a more mainstream repertoire, the composition of the music has been described as a fusion of more psychedelic sounds with Epic Riff-laden guitar hooks. The lyrics center on love and relationships, with a Hip-Hop edge and R&B rhythms added to the instrumentation. Josh Homme, who recorded backing vocals on "Knee Socks", even described it as an exciting, sleazy discotheque album of sorts. Indeed, AM wears its influences well; the band has cited David Bowie (particularly his Ziggy Stardust material), Velvet Underground, Black Sabbath, and even OutKast as inspirations for the record.

Do I Wanna Trope?