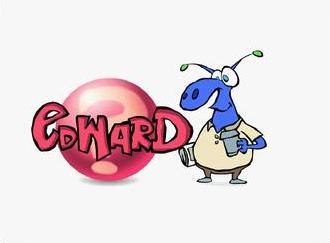 Edward is a Canadian-American animated series by CinéGroupe.

The cartoon is about a blue-skinned alien creature named Edward, who lives in a world of beings just like him. The show mainly revolves around Edward's observations and comments that he makes about the world around him.